I spent most of today up in my sewing room, preparing a pile of summer Things. Every once in awhile I’d descend from my sauna (it’s about 400 degrees on the top floor) for a cool down and do a few rounds of crochet.

I have several crochet projects on the go, all which need to be done in the next couple of days. I haven’t been able to see any one of them through to completion so the side table in my living room is looking increasingly like a tornado-hit yarn shop. 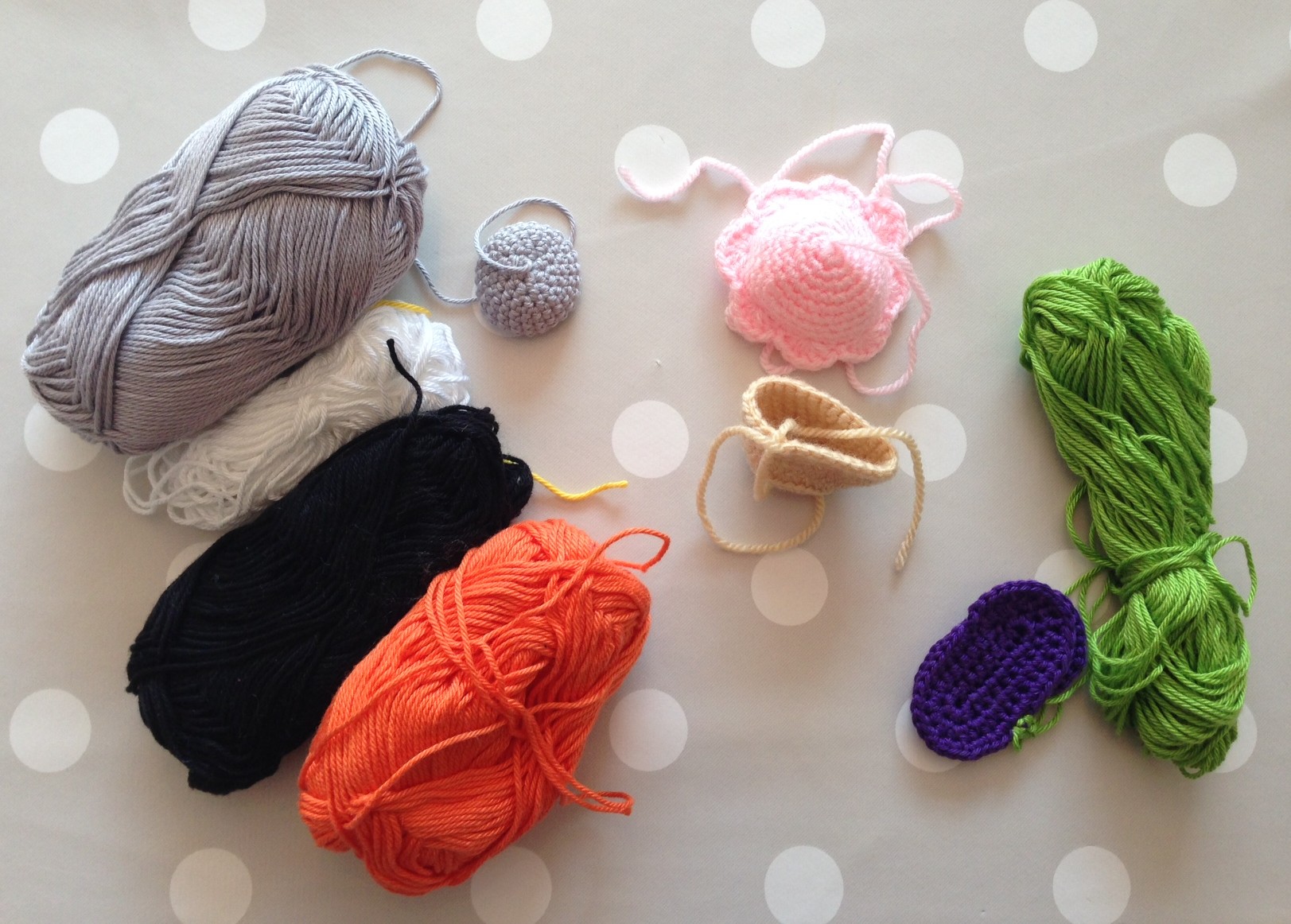 The grey one is the beginnings of a Mauritius Dodo. That’s the biggest and most ambitious of the current projects. The cupcake just needs assembly and stuffing and I could probably finish it in about twenty minutes, including the cherry on top. The flip flop has issues. One of the soles is too big so I’m on my third time of trying to crochet them together. It would have been quicker to just remake the sole.

I’m hoping for a burst of crochet enthusiasm tomorrow. I’d love to knock off all three.