Last night was beading night again. I wasn’t quite as productive as last week, but I still finished something.

I pulled out some fuchsia quartz that I’ve had for years. They’re shaped like Chiclets. Yummy!

I’ve never quite known what to do with them. Every time I add them to a design I end up removing them again. I can’t seem to do them justice.

This time I decided not to combine them with anything else except seed beads, and I also decided that no matter what, I was using them up.

I went with a three-strand box clasp, and divided the chiclets unevenly over the strands. I had planned to do six on each strand, but when stringing the first strand it was long enough after five and I did not feel like starting over. Hence the crowded middle strand. Let’s call it a design feature. 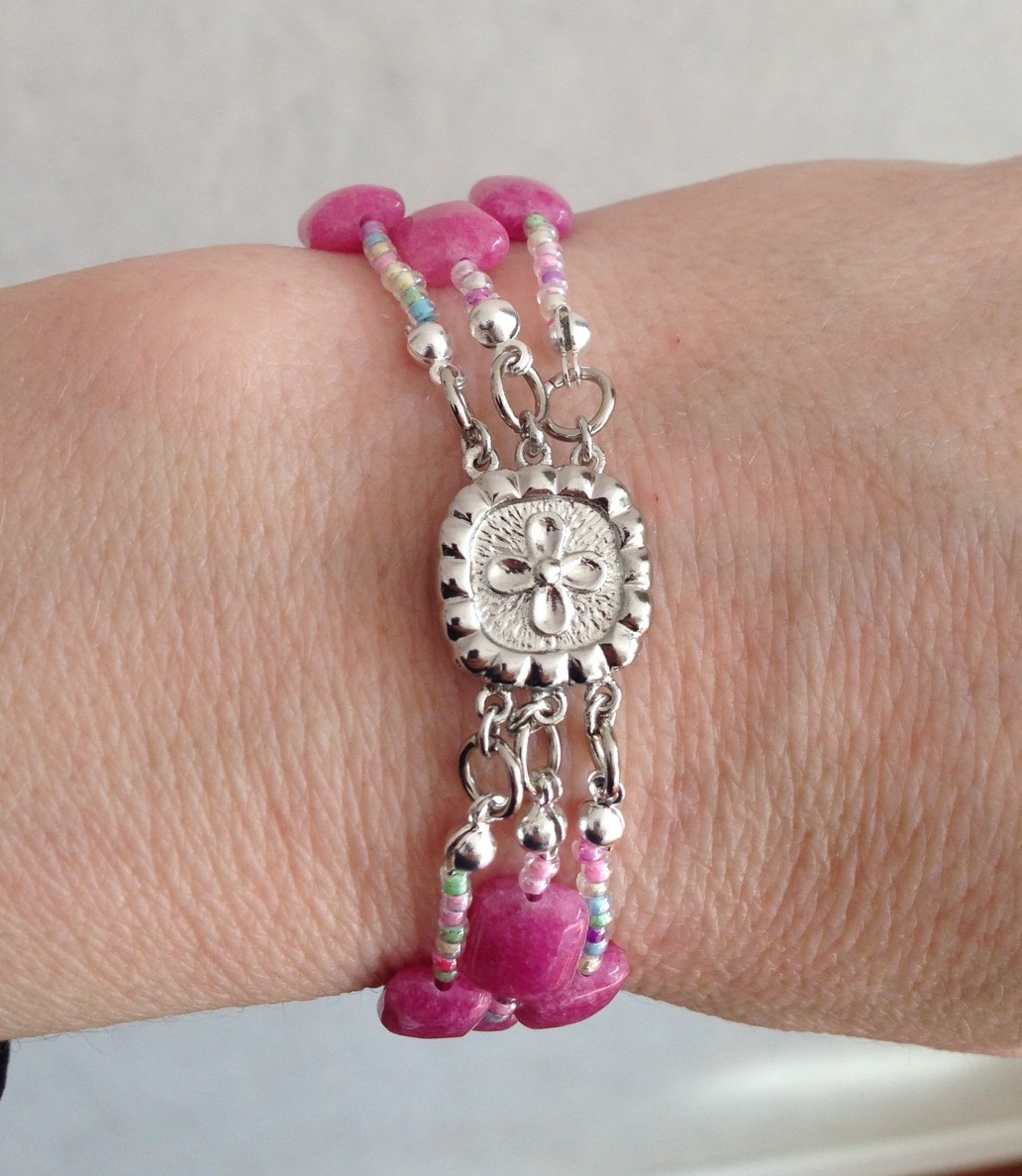 It’s okay. I love the colours but I think I should have added some silver touches in there. At least the fit is right. 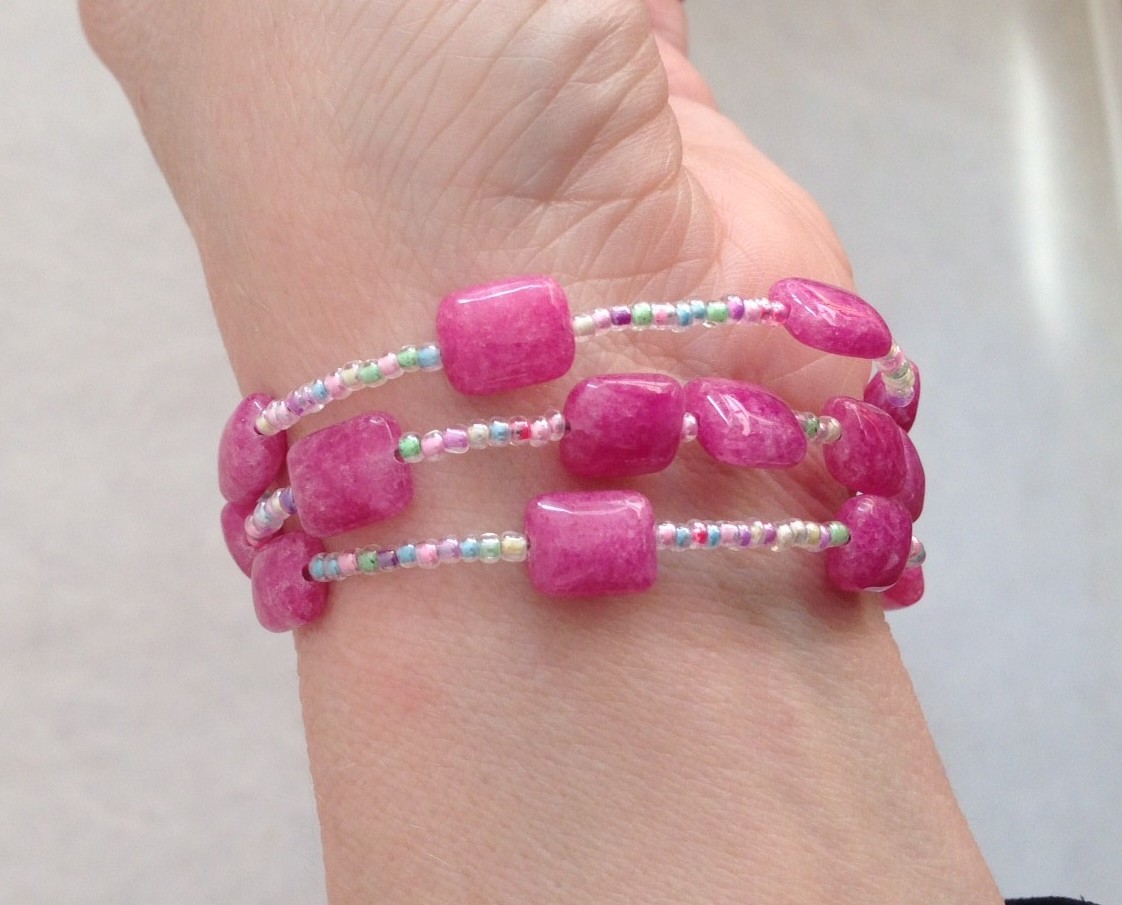 Another one for the jewelry sale. Hopefully it will be exactly what somebody was looking for. 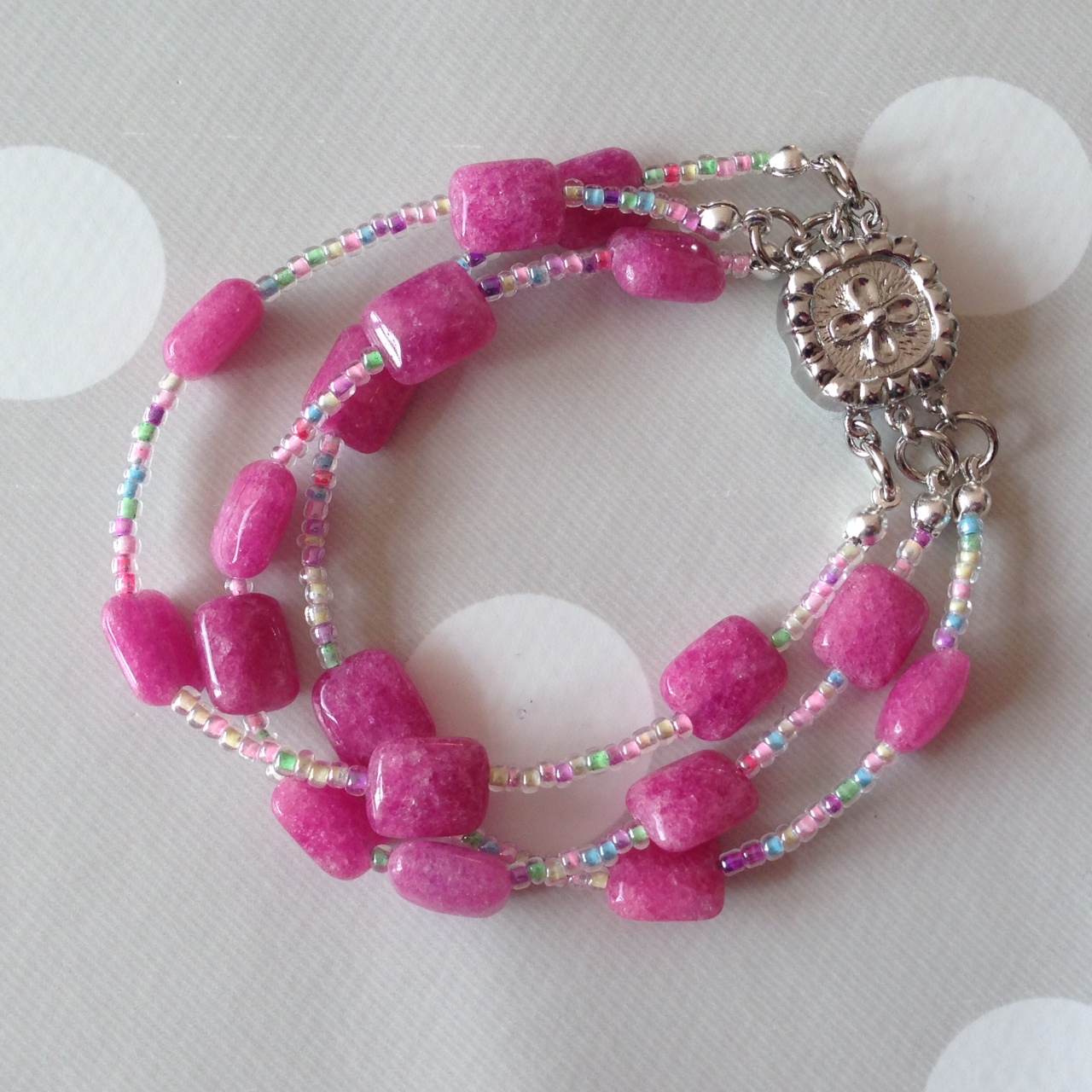