Angels we have heard on high
Sweetly singing o’er the plains,
And the mountains in reply
Echoing their joyous strains.

Five years ago a local fabric store went out of business. I bought several metres of shiny white stretch velvet with the intention of making angel costumes for our church’s annual living Nativity program. I revamped all the other costumes — wise men, shepherds, sheep, Mary and Joseph — but could not seem to get around to making the angels. Year after year we made do with some artfully draped silver fabric, and every year I vowed that the next year’s Christmas Eve service would see magnificent angels.

It took this blog to finally make it happen.

And the embarrassing thing about it? I made six costumes in under an hour. Less than ten minutes an angel.

I didn’t follow a pattern. Instead, I folded the fabric in half, cut out a basic robe shape, and stitched it together on the serger. I also serged the raw edges around the neck, sleeves and bottom hem. 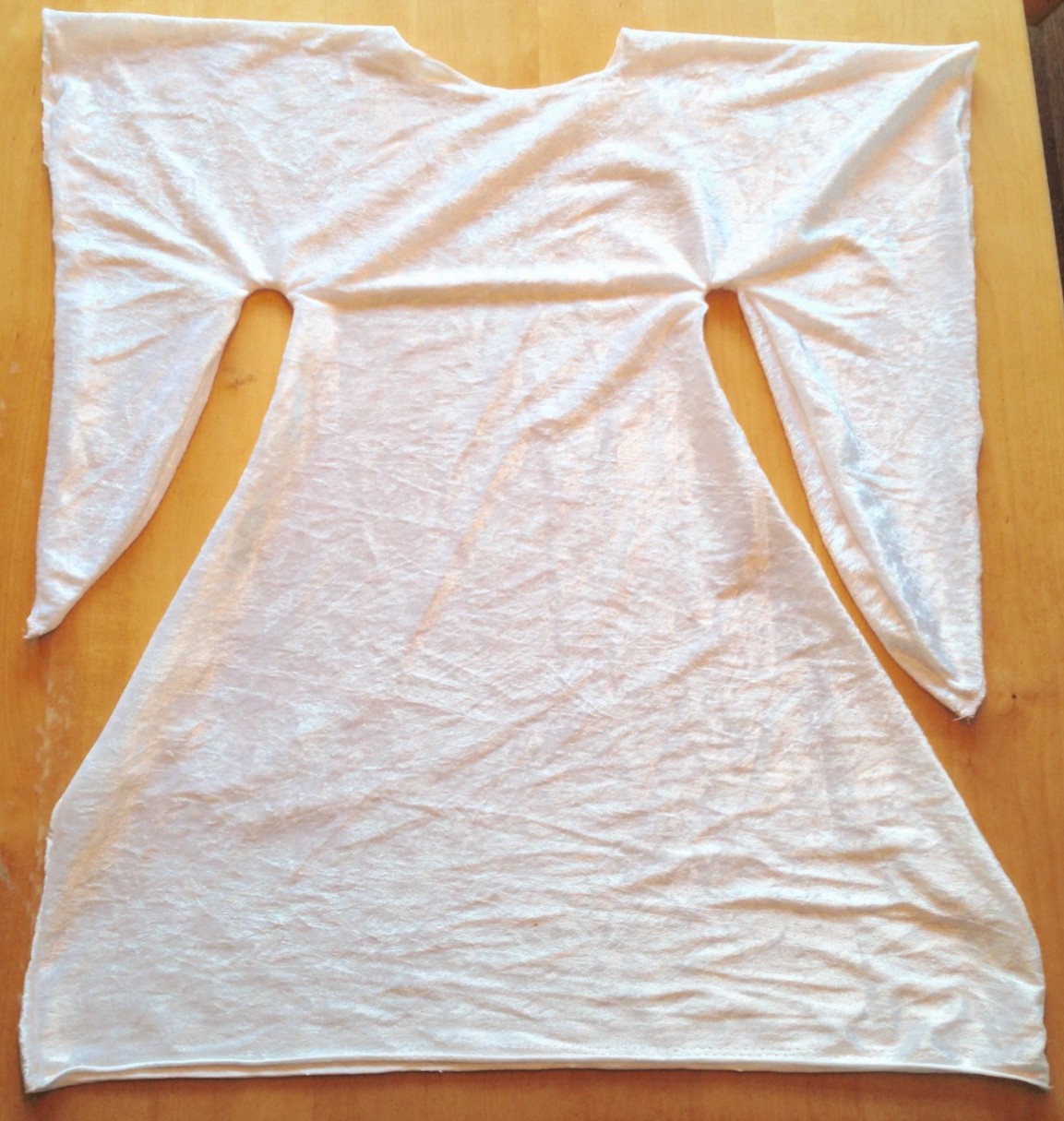 I cut the first one with the stretch going up and down. That wasn’t such a good idea. I also cut it too small around the waist, and since it has no give in the width, it only fits the smallest of angels. (It was worn last night by a sweet and slim three-year-old.) I’ll probably add some extra panels in the side. Next year. Ha! 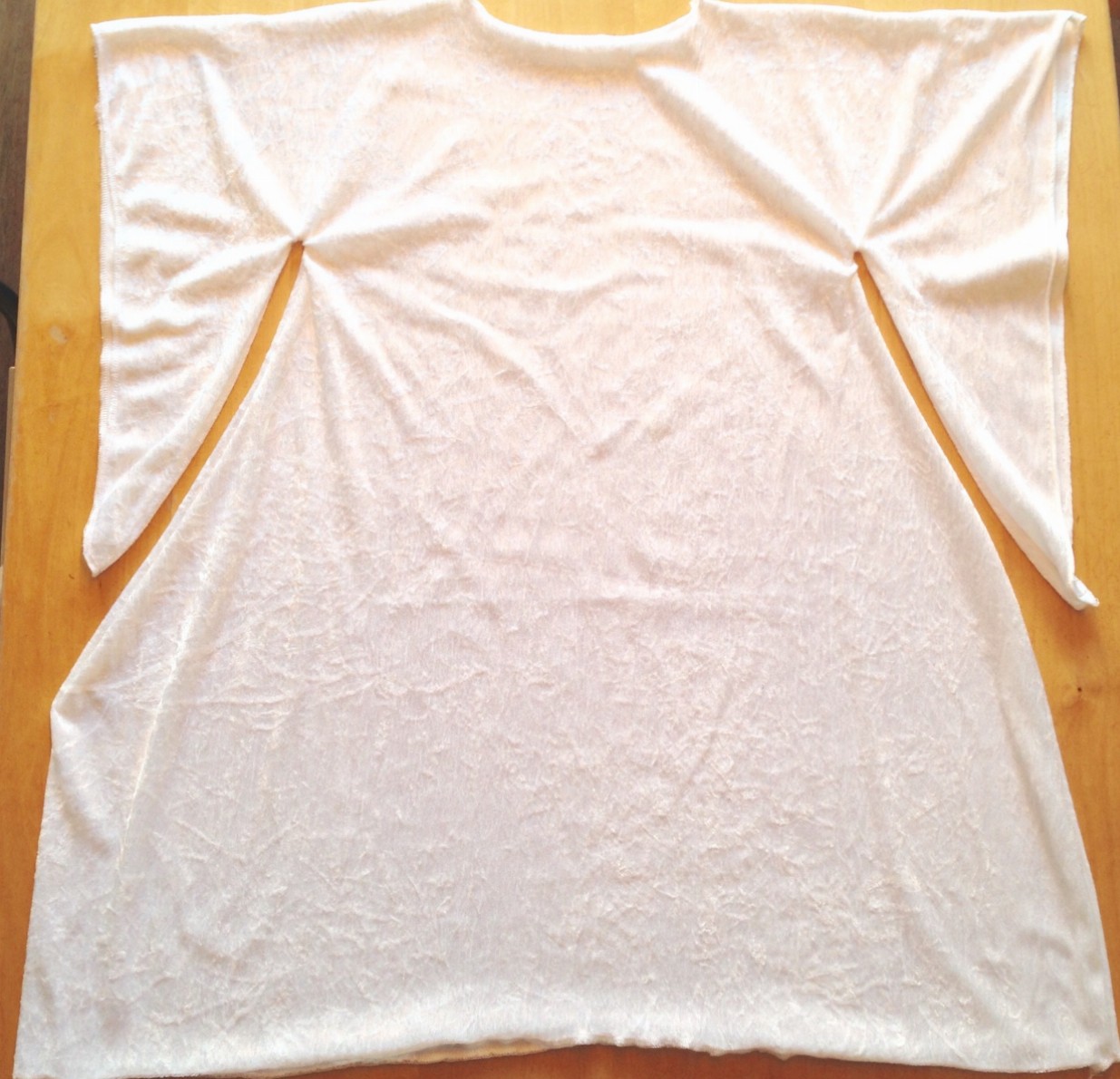 For the next five I cut with sideways stretch. This meant the sleeves couldn’t be quite as long but more importantly they fit most kids. 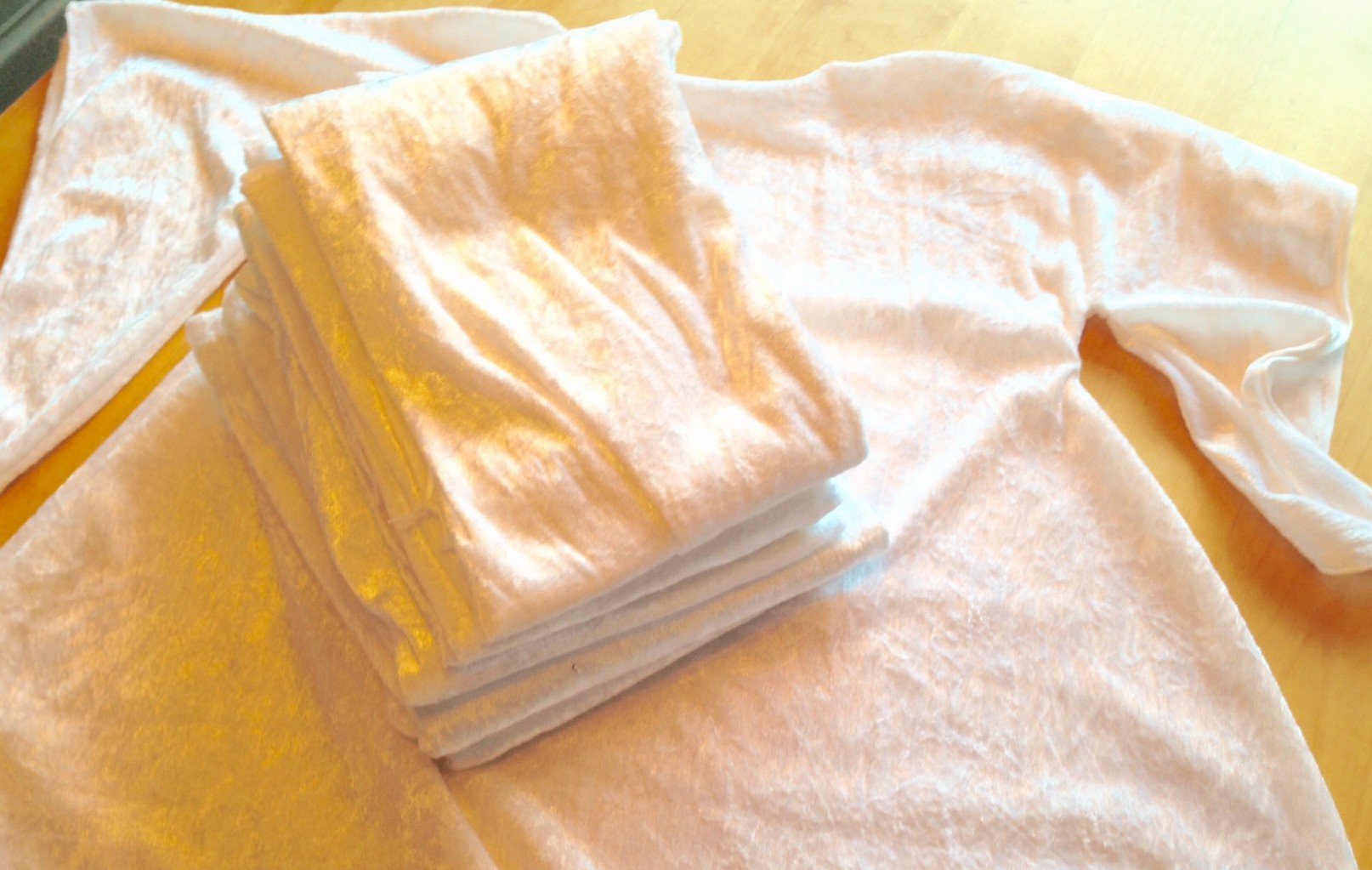 All six costumes were used last night. With added wings and halos they were an angelic host indeed.

I don’t have any photos to post so instead I will leave you with this photo of Martina and Esther in front of our Christmas tree. 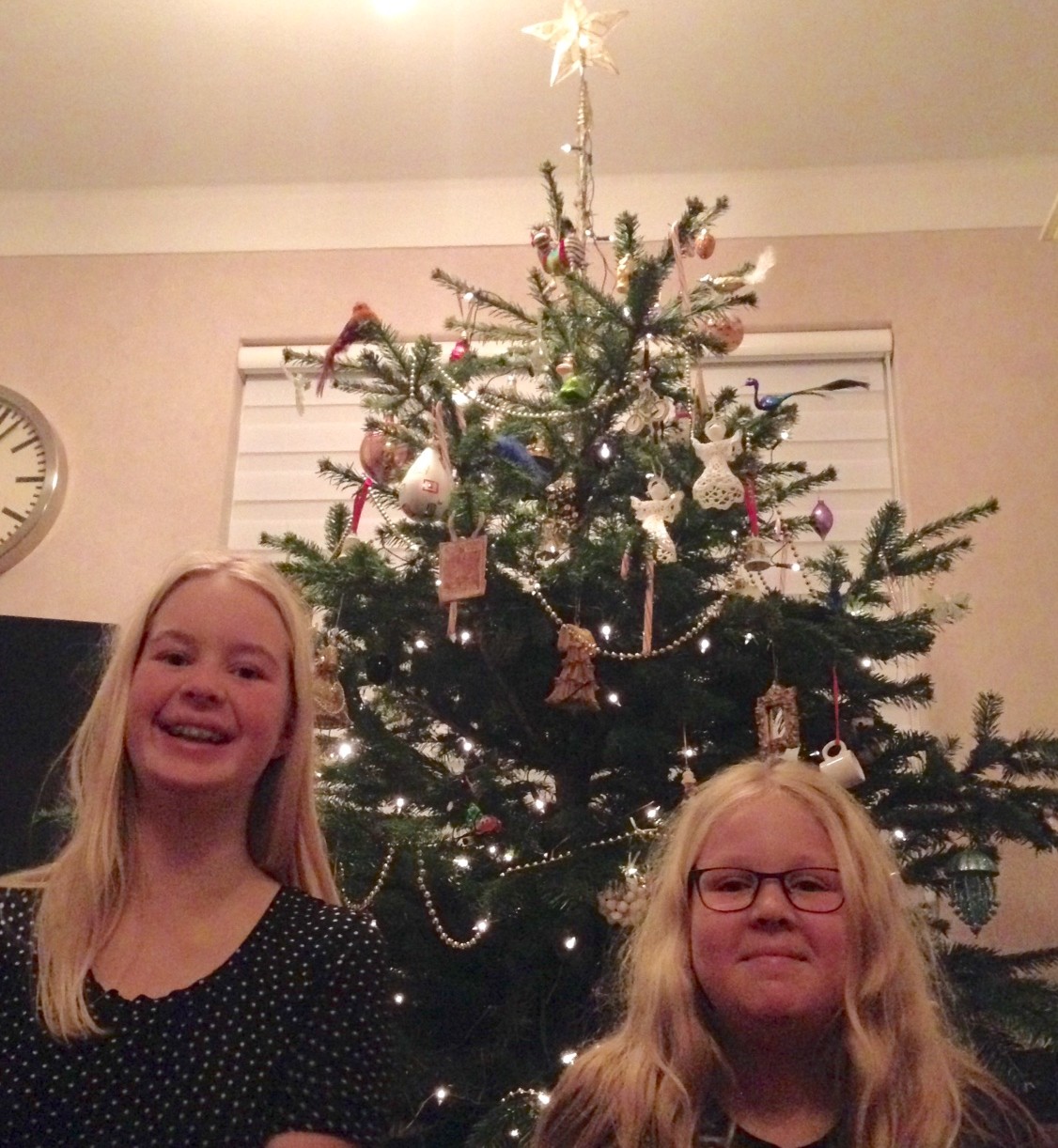